Although she isn’t a Member of the Tribe, Whoopi Goldberg may have been feeling inspired by her Jewish-sounding last name when she designed her holiday sweater capsule collection for department store Lord & Taylor.

The actress’ line of cheeky sweaters feature a multicultural, multi-species cast of characters, including a kippah-wearing octopus fashioning itself into a menorah.

Another design depicts a black Santa and a white Santa preparing to kiss; yet another shows a Chrismukkah celebration, with a skullcap-wearing, dreidel-holding boy decorating a Christmas tree. 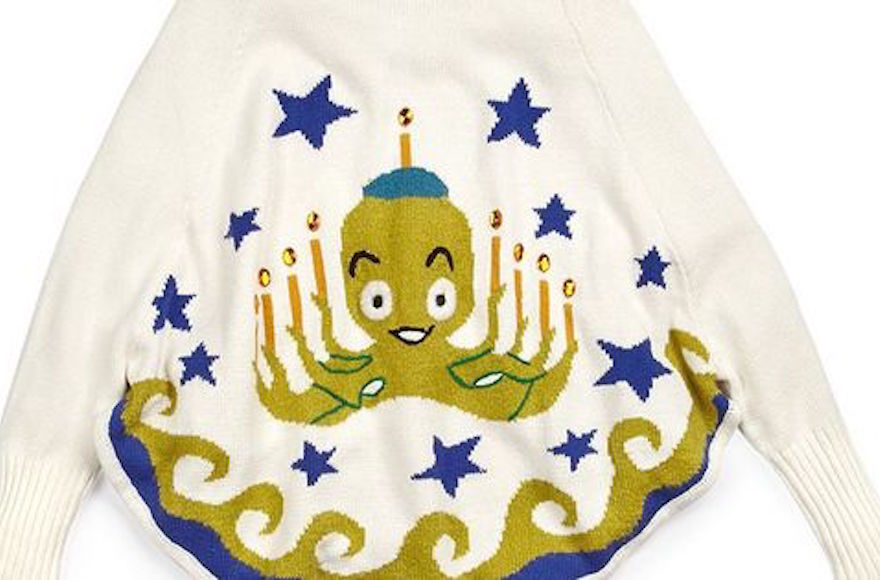 “You can’t call them ‘ugly.’ Mine are kind of ‘funny Christmas sweaters’ or ‘Christmas sweaters with a twist,’” Goldberg toldVogue of the collection, which will be available Nov. 1. “They are actually quite wonderful, and they feel good.”

In designing the sweaters, Goldberg said she thought of her Jewish friends who felt left out during the holiday season.

“Most of my Jewish friends are like, ‘The holiday thing is okay, but we are here too!’” she said, adding that she plans to include Kwanzaa- and Ramadan-themed sweaters in next year’s collection.

In creating her inclusive designs, Goldberg probably wasn’t aware that octopus imagery can be associated with antisemitism; in the Nazi era, Jews (and those allegedly influenced by Jews) were depicted as octopuses with their tentacles encircling the globe. More recently, the German newspaper Suddeutsche Zeitung came under fire in 2014 for publishing a caricature of Mark Zuckerberg as a hook-nosed cephalopod that controls social media.

But we believe Goldberg’s unisex designs — which will retail for $139 — come from a desire for inclusivity. Maybe it takes a silly sweater to de-fuse an ugly image.

“The holidays, regardless of what you believe — it should be a day, a week, a month of let’s all be together,” she said. “Silly sweaters can unite us and what is better than that?” 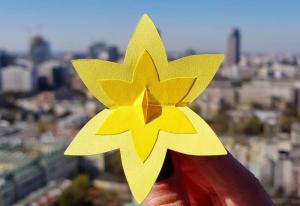