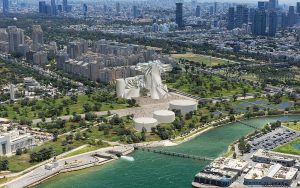 Bilboa on the Mediterranean: A rendering of the future World’s Jewish Museum near the port of Tel Aviv. Photos courtesy of the Asper Foundation

Fifteen years ago, on a visit to several Jewish museums here, Gail Asper of Winnipeg, Canada, had what she calls her epiphany — a vision of “large numbers of people watching an exhibit on Jews in comedy.”

Intensely interested in Jewish life and culture, Asper, 58, a vivacious volunteer for a range of community and humanitarian organizations, had long believed that too many Jewish museums focus on our long history of persecution and exile. (Indeed, a recent study found that nearly 70 percent of Jewish museums in the world focus on the Holocaust and the theme of survival.)

Asper thought about what it would be like to create a museum that highlighted the remarkable contribution Jews have made to the world, past and present, and would point to the future. And she became determined to build a world-class museum in Israel that would fill a void by becoming a major cultural and entertainment center like no other.

Today, together with a team of experts, the Asper Foundation is in the midst of a $400 million project to build what may well be the world’s most ambitious Jewish museum, to be located in a prime area near the port of Tel Aviv. The vision is to strengthen the bond between Israel and world Jewry by strengthening a sense of shared pride and collective identity.

Frank Gehry, the pre-eminent architect, and Ralph Appelbaum, the world leader in museum exhibition design, are on board, and the project — known as The World’s Jewish Museum — is conceived to include pavilions dealing with the land of Israel, innovation, enterprise, inquiry, education, tzedakah and creativity, including the arts, theater and, yes, comedy.

Just who is Gail Asper and how did she come to lead such an audacious effort?

The truth is that as president of the Winnipeg-based Asper Foundation, she has already helped oversee the conception and construction of the Canadian Museum for Human Rights, which opened in 2014 in Winnipeg and is considered one of the world’s leading museums of its kind. The $350 million project — with the help of government and private funds — is the fulfillment of the vision of Asper’s father, media magnate and philanthropist Israel Harold “Izzy” Asper, who died suddenly in 2003, six months after announcing plans for the human rights museum.

Gail Asper’s labor of love in bringing her father’s vision to reality was the outgrowth of his commitment to human rights and interest in preserving the memory of the Holocaust, she recalled.

“Dad was a serial entrepreneur,” Asper told me during a series of phone interviews. She said he was “a proud Jew and committed Zionist and an optimist” who, after becoming increasingly concerned about anti-Semitism around the world, conceived of a program to sponsor ninth-grade Canadian students to visit Washington, D.C., and spend time at the U.S. Holocaust Museum and other national landmarks. 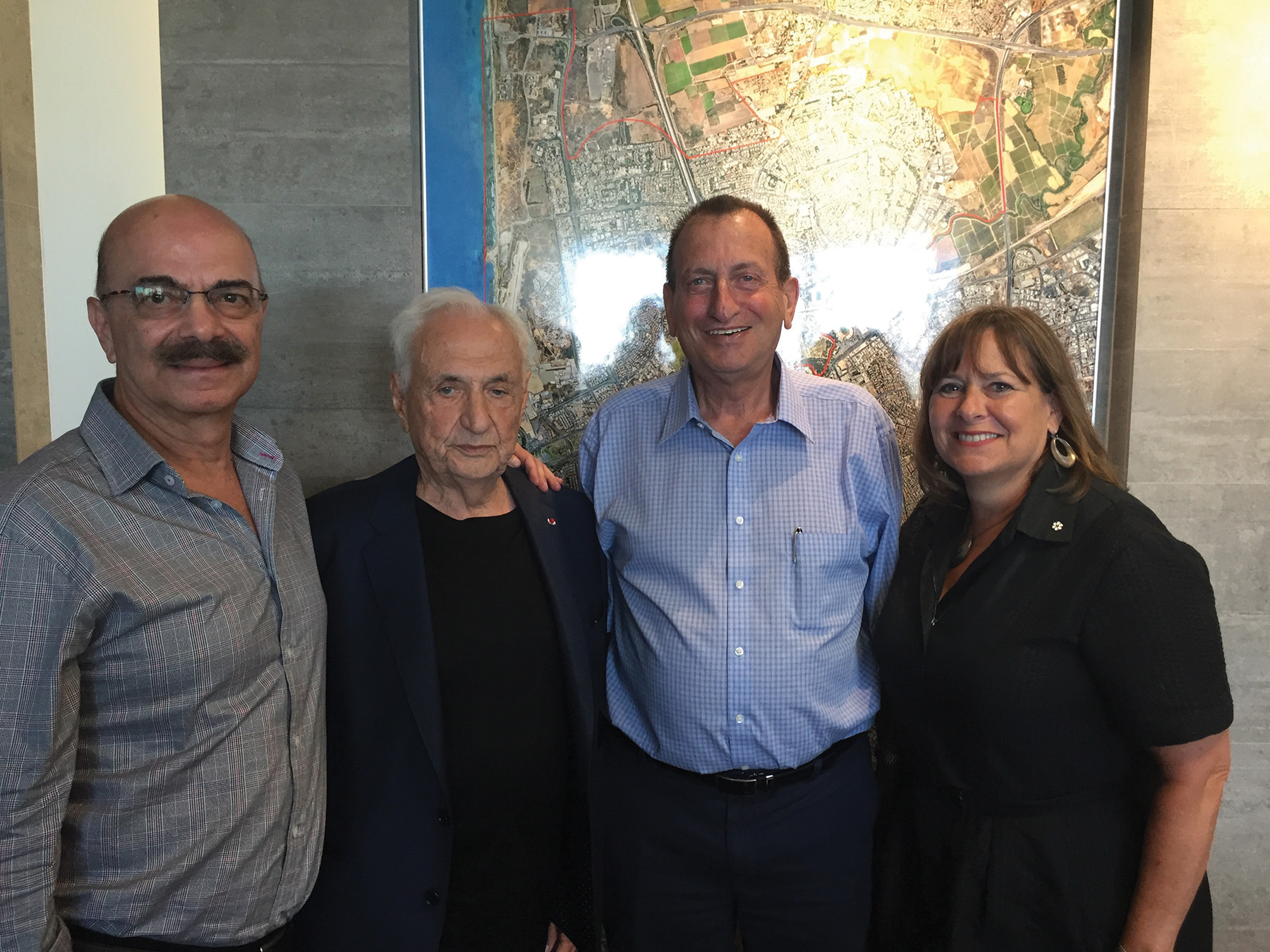 The students are chosen by their schools and required to take a 20-hour course on the Holocaust and human rights, volunteer to give 10 hours of their time for community service and sign a memorandum of personal responsibility to underscore that each person is obligated to treat others with dignity and respect.

The program was launched with 40 students and grew to about 1,000 students a year from across Canada who made the trek to Washington, Asper said. Since 2016, the initiative, known as The Asper Foundation Human Rights and Holocaust Studies Program, has shifted from Washington to the Canadian Museum for Human Rights in Winnipeg, where the young people visit its extensive exhibits and educational projects.

“It’s been a transformational experience for so many students,” Asper noted. And, she might add, for her as well. The ability to bring a noble idea to fruition over the course of 15 years taught her that no dream is impossible.

In teaching one side of the Jewish narrative — the Holocaust — to young people, I felt we weren’t teaching enough about the positive, and about the uplifting narrative that would change the paradigm.

A key partner in this enterprise is Moe Levy, executive director of the Asper Foundation, who has been in his post since 1999 and was instrumental in making the Canadian Human Rights Museum a reality.

He said his interest in the world Jewish museum came about in seeing that “in teaching one side of the Jewish narrative — the Holocaust — to young people, I felt we weren’t teaching enough about the positive, and about the uplifting narrative that would change the paradigm.”

When he and Asper began to concentrate on the notion of creating the kind of Jewish museum that they would like to visit, they felt they knew what to do. “You don’t have to know all the answers, but you have to know the right questions,” Asper said. “And get the best people to work with you.”

Those people include Frank Gehry, 89, the Canadian-born resident of Los Angeles who is widely considered to be the leading architect of our time. He said in a video on the Asper Foundation website that the museum will be unlike many other Jewish museums in that it will be “celebrating Jewish achievements over time” and show “what Jewish people can accomplish.”

His dramatic design calls for several bold white, curvy structures emerging from the ground to “create a curiosity” in what’s inside and reflect a museum that is “going to have to be continually moving, changing, growing, within its space, and adapting.” (Gehry, who is Jewish, has said that the inspiration for the curvilinear designs he is known for came from watching the flopping fish in his grandmother’s bathtub as she was preparing gefilte fish.)

Gehry noted that this is the first project he is doing in Israel and pledged to “put my heart and soul into it.” 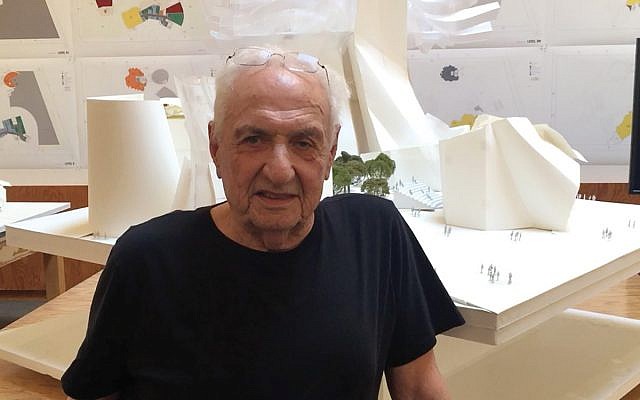 Leading architect Frank Gehry and a model of his design for the museum. Courtesy of the Asper Foundation

Ralph Appelbaum’s firm has completed 700 commissions in more than 50 countries. In Washington, D.C., alone, they include the U.S. Holocaust Memorial Museum, The Newseum, The U.S. Capitol Visitor Center and the new National Museum of African American History and Culture.

He worked with the Asper Foundation in designing the Canadian Museum for Human Rights. 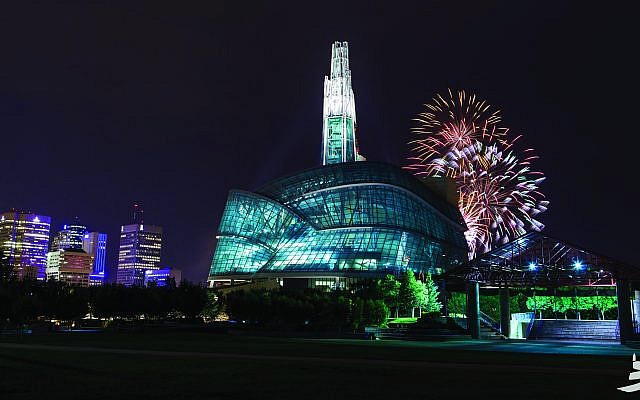 In an interview in his spacious Wall Street area office, Appelbaum, who was born in 1942 and grew up in Brooklyn, reflected not only on his vision of the World’s Jewish Museum but on the sustaining power of museums in an age of instant technology.

A gracious, soft-spoken man with a trim gray beard, he said that in his work “we look for story lines to drive people’s interest in public learning.” Museums, he noted, are more than a collection of exhibits. They are about ideas, programs and education, and they represent a respected place “where people love to gather” and learn about human accomplishments.

As a young man Appelbaum served in the Peace Corps in Peru, and it was there that he absorbed “long nights of storytelling.” He said he brought that appreciation back with him, realizing that “it’s the deeper stories” that explain the human need to remember our accomplishments. “Museums have a vibrant future because the human condition reveals amazing experiences to learn from,” he said.

After a brief stint in commercial design, he realized he wanted “to use design for social good” and launched his firm 40 years ago, specializing in projects involving “social history and the humanities.”

It’s rooted deeply in Jewish thought and Judaism and the need to extend those values into the modern era and on into the future.

Appelbaum enjoyed working with the Asper Foundation on the Canadian Human Rights Museum, and when Gail Asper and Moe Levy approached him about a Jewish museum, he realized that “the Jewish contribution [to world culture] existed everywhere but nowhere.” His mission, he said, is to ground the remarkable record of Jewish accomplishments in a foundational framework to help explain why that is so.

“It’s rooted deeply in Jewish thought and Judaism and the need to extend those values into the modern era and on into the future,” Appelbaum said.

Among the scholars who have been brought in to the process of shaping the vision and content of the museum is author and ethicist Joseph Telushkin, who has been a consultant almost from the outset.

He said that in documenting “the outsize contribution of Jews and Judaism to the world, it’s important to note what the museum will not be.” He said it won’t be a Jewish Hall of Fame that “parades the names of Nobel Prize winners and other Jewish ‘stars’ whether or not their Jewishness had any relationship to their accomplishments.” Rather, he said, it will be based on Judaism’s contributions to the world, including the concept of ethical monotheism, the notion that men and women are created in God’s image, The Ten Commandments, the mandate to love one’s neighbor, the Sabbath as a day of rest, etc.

Telushkin summed up the museum’s goal simply: “Jewish ideas have transformed the world without the world knowing it,” he said. “Now it will.”

No doubt “there will be huge debates and controversies” about the museum, Gail Asper acknowledges, from the site itself to the content of the exhibits and programs.

Who’s in and who’s out? Does Jesus, a Jew, have a place in the museum? What about Karl Marx, the revolutionary Communist thinker born a Jew but later considered an enemy of his people? Or controversial figures today like Noam Chomsky, a prominent linguist and anti-Zionist.

In addition, some are concerned that the new museum will have an adverse impact on attendance at The Museum of the Jewish People at Beit Hatfutsot, on the nearby campus of Tel Aviv University, whose officials are already anxious about the potential competition.

The Asper Foundation commissioned a feasibility study by McKinsey & Company several years ago which concluded that Tel Aviv does not have a “must-visit cultural institute” or iconic architectural symbol today and that the World Jewish Museum could provide both. It said that a target of 850,000 visitors a year is feasible. (Gehry’s dramatic design of the Guggenheim Museum in Bilbao, Spain, and the positive impact it had on the area in terms of prestige and profit, is often referred to as “the Bilbao effect” that a “starchitect” can have on the public.)

Tel Aviv Mayor Ron Huldai has been an enthusiastic supporter of the project, and the city’s gift of the prime, six-acre site has been a major plus. But fundraising is at a critical stage and Asper and Levy are hoping that they can soon reach a tipping point and stay on track to have the museum completed by 2023, the 75th anniversary of Israel.

“We are dreamers,” Moe Levy told me, but with an impressive track record. “We dreamt it once and it became a reality,” he said, referring to the Canadian Museum on Human Rights. “And we are looking for those who will help us on this journey.”

“We have a great story to tell,” Gail Asper said, “and it’s time it was properly told.”