Professor Jerzy Sarnecki receives HM The King’s medal, 8th size with the ribbon of the Order of the Seraphim, for his contributions as a criminologist. 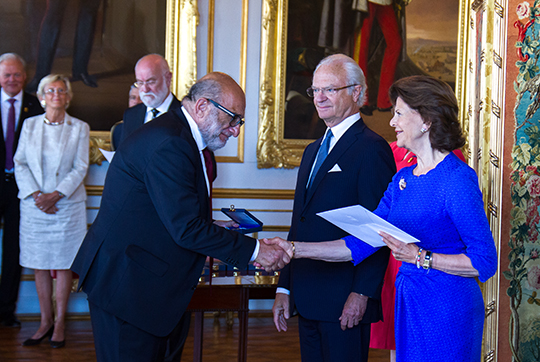 The 8th and 5th size are worn from the left breast suspended by a ribbon, after the Seraphim Medal.