These Are the World’s Hottest Travel Destinations of 2018 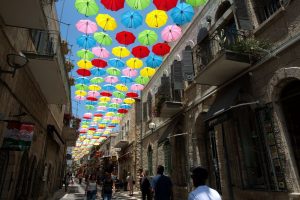 Jerusalem is poised to lead growth in inbound arrivals, making the Israeli city one of the world’s most popular travel destinations in a year in which Japan and India continued to lure visitors, Euromonitor International said.

Jerusalem will drive the expansion, with growth set to accelerate 38 percent to 4.8 million arrivals by the end of the year, after a 32 percent jump in 2017. The holy city is benefiting from “relative stability and a strong marketing push,” the report said.