“In der Heimat blüh’n die Rosen – nicht für mich den Heimatlosen”, sings Count Boleslav in his first big solo in Polnische Hochzeit: “In my home country roses are blossoming, but not for me, I am without a homeland.” These are words from the 1937 show, premiered in Switzerland, that could just as easily come from the biography of the composer himself. 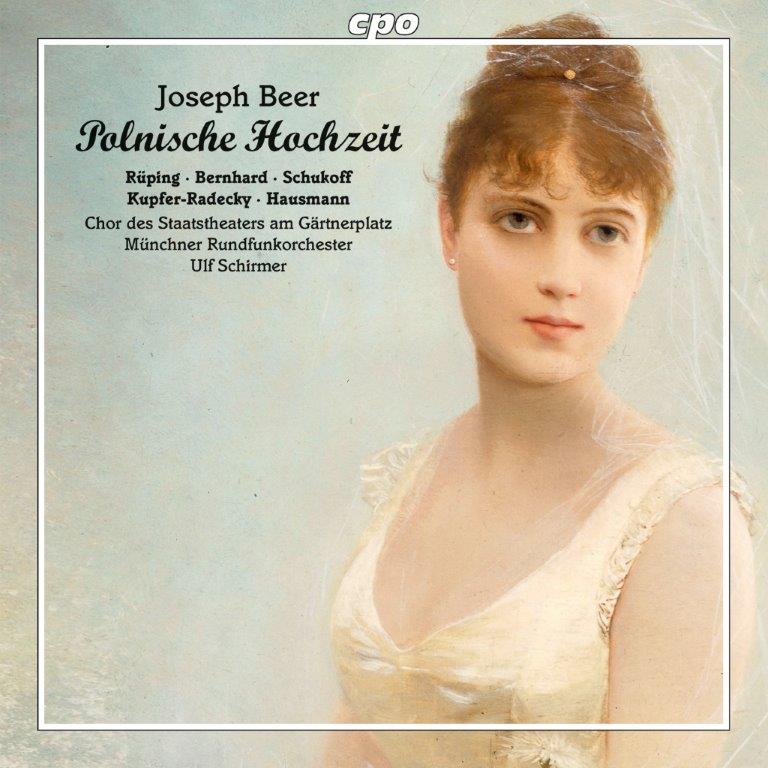 Joseph Beer was born in 1908 in Lemberg. Back then, this was part of the Austrian-Hungarian empire, but 10 years later it was to become one of the most important cities of Poland. Beer studied in Vienna, after the “Anschluss” in 1938 he fled to France. Until he died, in 1987, he lived in Nice.

Polnische Hochzeit is a voluptuous operetta in the Viennese tradition. One can detect echoes of Emmerich Kálmán and Paul Abraham, but the score is also filled by Polish folk dances and Jewish melodies. But there are also many “modern” syncopated numbers, e.g. the duet “Katzenaugen” (Cat’s Eyes), a veritable Charleston.

What sets Polnische Hochzeit apart is the patriotic story set in 1830 Poland, a country occupied by the Russians. Childhood sweethearts Boleslav and Jadja meet once more when Boleslav returns home. Jadja is now engaged to Boleslav’s rich uncle Staschek, but the witty maid Suze (a female sort of Figaro) finds a way to untangle the engagement and get Boleslav and Jadja together in the end.

Because of the difficult theater situation in Austria, the show was first presented in Switzerland – with a libretto by Kalman’s and Lehár’s co-authors Alfred Grünwald and Fritz Löhner-Beda, who also collaborated with Abraham.

Polish Wedding was an immediate hit and had 40 subsequent productions elsewhere, outside of Nazi Germany. It was translated into eight languages.

Nikolai Schukoff is someone I encounter more and more often in operettas, and that makes me very happy. His tenor is very suited for the genre, much more than for his usual Wagnerian repertoire which has left traces in his voice. They are not dramatic, but he needs time to vocally warm up (it’s a live recording). By the time he sings the mazurka “Polenland, mein Heimatland” (Poland, my home country) he – and his voice – are in full swing. He dazzles with some glorious top notes and demonstrates a great sense of rhythm. In this, he is perfectly supported by conductor Ulf Schirmer. And the longing and passionate way Schukoff sings “Du bist meine große Liebe” (You are my big love) is something even colleagues like Nicolai Gedda couldn’t top.

Martina Rüping is a wonderful Jadja. She sings “Wenn die Mädel zu Mazurka gehen” with warm soprano tones, and she adds a certain melancholy that is touching, as is the song itself. Just like the duet “Herz and Herz” (heart to heart). I melted away.

Michael Kupfer-Radecky is an impressive Count Staschek, and Susanne Bernhard a wonderful as Suze.

It’s certainly one of the better cpo operetta releases.