BRITISH MUSIC DIRECTOR GIVES UP SALARY TO SAVE ISRAELI ORCHESTRA 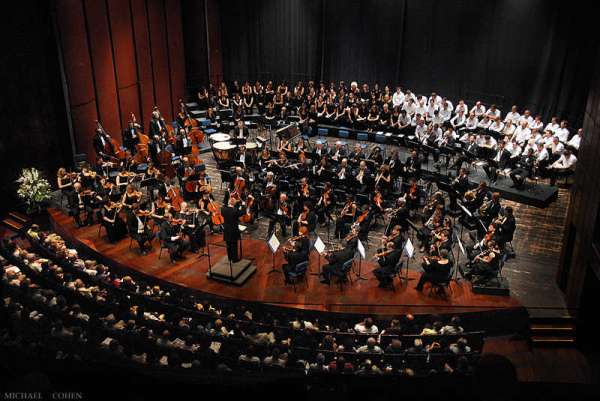 The Israeli Symphony Orchestra, based in Rishon LeZion, is is deep trouble. Years of underfunding, yoked to an under-performing Israel Opera and abandoned by philistine right-wing governments, have left the orchestra on the brink of insolvency.

Today, the music director James Judd took matters in his own hands.

To the Members of the Board, the General Director, and the musicians of the Israel Symphony Orchestra Rishon LeZion

I am shocked to hear of the financial situation in which the orchestra finds itself due to persistent situation of insufficient government budgeting, cuts of productions of the Israeli Opera, fees that haven’t been updated for years, and difficulty to raise sufficient funds within a (too) short period. All these threaten the very existence of this fine orchestra and the livelihoods of its dedicated musicians.

It was my proud honour to accept the position of Music Director of the Israel Symphony Orchestra Rishon LeZion in September 2014 and to dedicate myself to the continued growth and excellence of this fine ensemble. Since then I have been closely involved in the activities of the orchestra, its programming and planning. I had the pleasure of taking the orchestra to China in November 2014, where we were described in the media as great 0ambassadors of Israel and brilliant interpreters of the Chinese music which we performed. The music of Israeli composers has featured at home and abroad in our programming, our outreach to young people is exemplary.

It is sad that budgetary starvation is pushing this cultural treasure to the brink of extinction in a country so renowned for musicians and orchestras of such high quality with a public so appreciative of the music making.

At this critical time, I dedicate myself to the survival of our wonderful orchestra by foregoing with immediate effect my Music Director fee while nonetheless carrying on the many functions and duties which my position demands, and I urge the authorities involved in budgeting the orchestra to rethink the budgetary restrictions on the magnificent cultural heritage of the City of Rishon LeZion and the State of Israel.

With my greatest respect