An Insider’s Guide to the Most Important Story on Earth

A former AP correspondent explains how and why reporters get Israel so wrong, and why it matters 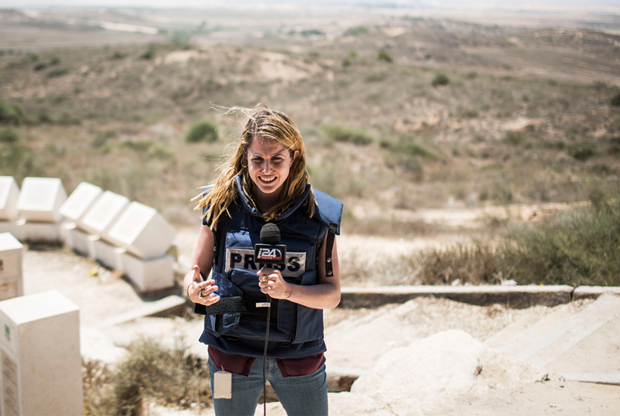 Is there anything left to say about Israel and Gaza? Newspapers this summer have been full of little else. Television viewers see heaps of rubble and plumes of smoke in their sleep. A representative article from a recent issue of The New Yorker described the summer’s events by dedicating one sentence each to the horrors in Nigeria and Ukraine, four sentences to the crazedgénocidaires of ISIS, and the rest of the article—30 sentences—to Israel and Gaza.

When the hysteria abates, I believe the events in Gaza will not be remembered by the world as particularly important. People were killed, most of them Palestinians, including many unarmed innocents. I wish I could say the tragedy of their deaths, or the deaths of Israel’s soldiers, will change something, that they mark a turning point. But they don’t. This round was not the first in the Arab wars with Israel and will not be the last. The Israeli campaign was little different in its execution from any other waged by a Western army against a similar enemy in recent years, except for the more immediate nature of the threat to a country’s own population, and the greater exertions, however futile, to avoid civilian deaths.

The lasting importance of this summer’s war, I believe, doesn’t lie in the war itself. It lies instead in the way the war has been described and responded to abroad, and the way this has laid bare the resurgence of an old, twisted pattern of thought and its migration from the margins to the mainstream of Western discourse—namely, a hostile obsession with Jews. The key to understanding this resurgence is not to be found among jihadi webmasters, basement conspiracy theorists, or radical activists. It is instead to be found first among the educated and respectable people who populate the international news industry; decent people, many of them, and some of them my former colleagues.

While global mania about Israeli actions has come to be taken for granted, it is actually the result of decisions made by individual human beings in positions of responsibility—in this case, journalists and editors. The world is not responding to events in this country, but rather to the description of these events by news organizations. The key to understanding the strange nature of the response is thus to be found in the practice of journalism, and specifically in a severe malfunction that is occurring in that profession—my profession—here in Israel.

In this essay I will try to provide a few tools to make sense of the news from Israel. I acquired these tools as an insider: Between 2006 and the end of 2011 I was a reporter and editor in the Jerusalem bureau of the Associated Press, one of the world’s two biggest news providers. I have lived in Israel since 1995 and have been reporting on it since 1997.

This essay is not an exhaustive survey of the sins of the international media, a conservative polemic, or a defense of Israeli policies. (I am a believer in the importance of the “mainstream” media, a liberal, and a critic of many of my country’s policies.) It necessarily involves some generalizations. I will first outline the central tropes of the international media’s Israel story—a story on which there is surprisingly little variation among mainstream outlets, and one which is, as the word “story” suggests, a narrative construct that is largely fiction. I will then note the broader historical context of the way Israel has come to be discussed and explain why I believe it to be a matter of concern not only for people preoccupied with Jewish affairs. I will try to keep it brief.

How Important Is the Israel Story?