SZYMON LAKS. MUSIC OF ANOTHER WORLD 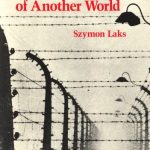 How many music lovers, even seasoned ones, have heard of Szymon Laks? Let alone of his music? Fate has been unkind to the Polish-French composer. Laks survived the hell of Auschwitz thanks to music: after he was taken captive, he was appointed conductor of the concentration camp’s orchestra.

Laks wrote a book about his time in the camp, after which he became known as the ‘kapellmeister of Auschwitz’. Extremely painful. Like his son André stated: it may be true his father survived the war thanks to music, it should never be forgotten he mainly lived for music as well. 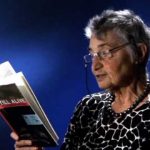 Ruth Klüger, a famous author, Germanist and Holocaust survivor wrote about Auschwitz in her book ‘Still Alive: A Holocaust Girlhood Remembered’ : “The name itself has an aura, albeit a negative one, that came with the patina of time, and people who want to say something important about me announce that I have been in Auschwitz. But whatever you may think, I do not hail from Auschwitz, I come from Vienna.”

Szymon Laks did not hail from Auschwitz, he was born in 1901 in Warsaw. He left for Paris in 1926 to finish his musical studies there. He studied with Pierre Vidal and Henri Rabaud and soon became part of the “Paris School.” A group consisting mainly of young, Eastern European composers like Bohuslav Martinů and Marcel Mihalovici,  with composers like Honegger, Milhaud and Poulenc as central figures.

This French school with its formal structures and neoclassical lines was a great influence on Laks, especially in his earlier works, but his oeuvre was also strongly rooted in the Polish tradition. Polish music, both classical and folk music was his biggest inspiration.

In May 1941 Laks was arrested and interned in the French camp Pithiviers as a foreign Jew. On July 16th 1942 he was deported from there to Auschwitz. In 1944 he was transferred to Dachau. After his liberation he returned to Paris.

Before the war Laks worked in cinemas as an accompanist of silent films, and also played the violin in cafés. After the war all he composed, with a few exceptions, was film music.  In 1962 he started to compose again, but this period did not last very long.