Did anyone ever wonder what happened to Rodolfo after Mimi died? To tell the truth, I did not. At least not until I suddenly bumped into him again. In an operetta, of all places, calledCiboulette (1923) by Reynaldo Hahn. The former Puccini hero has renounced love and poetry here, has started working as a state official, took the name Duparquet and became the the controller of the market Les Halles in Paris. Like a fairy godmother he helps the vegetable vendors to find the loves of their lives. Or rather, just one in this case. He plays matchmaker between the young farm-girl Ciboulette and Antonin, a young spoiled aristocrat. Here is a live recording from the Opera Comique in a production by Michel Fau. 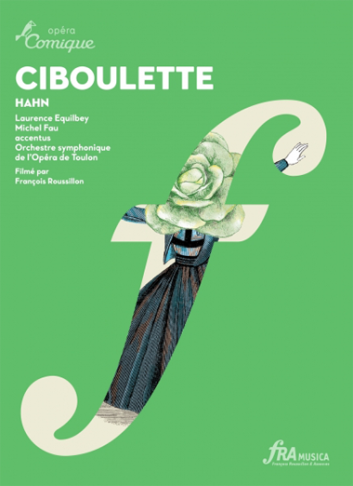 The first act is all black, white and grey and looks like it comes straight from the early years of cinema. Only once Cibolette enters does the scene become more colorful. In every sense of the word. This makes for a stunning effect. It’s as if a grey veil is lifted and you see a magical world previously hidden suddenly come to life.

Jean-François Lapointe is an irresistable Duparquet. He effortlessly switches from his mad-cap dialogue scenes and a cheerful duet with Ciboulette (the infectuous “Nous avons fait un beau voyage”) to the touching “C’est tout ce qui me reste d’elle” where he remembers Mimi. I am not sure if I misheard, but it seems like there are some faint echos of Puccini in the background.


Tenor Julien Behr as rich and spoiled Antonin de Mourmelon does not really have a pretty voice, and he’s also somewhat stiff on stage, but that fits the role rather well. Eva Ganizate is a wonderful grisette called Zénobie who dumps Antonin for a dashing huzzar (in a very dashing uniform), and Bernadette Lafont delivers the part of Madame Pingret with an extra dose of humor.

The title role is sung by the young French soprano Julie Fuchs. She has a fresh, almost spring-like voice, portraying a girl who doesn’t yet know what she wants – until she walks right into it.

Or him rather. In the end, she gets one of catchiest tunes from the score, that will burn itself deep into your memory. That the audiences loves Miss Fuchs too, is clear from the final round of applause.

If you are suffering from a “winter blues,” if you’re feel stressed out because of the holiday season or have just been left by a lover: get this DVD and let yourself be transported. It’s a real treat and vinatge operetta.