Why Is Pakistan More Legitimate than Israel?

Whenever I have received a call from a listener to my radio show challenging Israel’s legitimacy, I have asked these people if they ever called a radio show to challenge any other country’s legitimacy. In particular, I ask, have they ever questioned the legitimacy of Pakistan?

The answer, of course, is always „no.” In fact, no caller ever understood why I even mentioned Pakistan.

There are two reasons for this.

First, of all the 200-plus countries in the world, only Israel’s legitimacy is challenged. So mentioning any other country seems strange to a caller. Second, almost no one outside of India and Pakistan knows anything about the founding of Pakistan.

Only months before the U.N. adopted a proposal to partition Palestine into a Jewish and an Arab state in 1947, India was partitioned into a Muslim and a Hindu state. The Hindu state was, of course, India. And the Muslim state became known as Pakistan. It comprises 310,000 square miles, about 40,000 square miles larger than Texas.

In both cases, the declaration of an independent state resulted in violence. As soon as the newly established state of Israel was declared in May 1948, it was invaded by six Arab armies. And the partition of India led to a terrible violence between Muslims and Hindus.

According to the final report of the United Nations Conciliation Commission from Dec. 28, 1949, the 1948 war of Israel’s independence created 726,000 Arabs refugees. Many sources put the figure at about 200,000 less. A roughly equal number of Jewish refugees — approximately 700,000 — were created when they were forcibly expelled from the Arab countries where they had lived for countless generations. In addition, approximately 10,000 Arabs were killed in the fighting that ensued after the Arab invasion of Israel.

And regarding deaths, the highest estimate of Arab deaths during the 1948 war following the partition of Palestine is 10,000. The number of deaths that resulted from the creation of Pakistan is around one million.

In addition, according to the Indian government, at least 86,000 women were raped. Most historians believe the number to be far higher. The number of women raped when Israel was established is close to zero. From all evidence I could find, the highest estimate was 12.

Given the spectacularly larger number of refugees and deaths caused by the partition of India and the creation of Pakistan, why does no one ever question the legitimacy of Pakistan’s existence?

This question is particularly valid given another fact: Never before in history was there a Pakistan. It was a completely new nation. Moreover, its creation was made possible solely because of Muslim invasion. It was Muslims who invaded India, and killed about 60 million Hindus during the thousand-year Muslim rule of India. The area now known as Pakistan was Hindu until the Muslims invaded it in A.D. 711.

On the other and, modern Israel is the third Jewish state in the geographic area known as Palestine. The first was destroyed in 586 B.C., the second in A.D. 70. And there was never a non-Jewish sovereign state in Palestine.

So, given all these facts, why is Israel’s legitimacy challenged, while the legitimacy of Pakistan, a state that had never before existed and whose creation resulted in the largest mass migration in recorded history, is never challenged?

The answer is so obvious that only those who graduated from college, and especially from graduate school, need to be told: Israel is the one Jewish state in the world. So, while there are 49 Muslim-majority countries and 22 Arab states, much of the world questions or outright only rejects the right of the one Jewish state, the size of New Jersey, to exist.

They won’t have a good answer. Their opposition to Israel isn’t based on moral considerations. 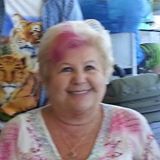