JK Rowling and Standing Up to Anti-Semitism

J.K. Rowling, French celebrities and German officials are making it clear they stand with the embattled Jewish minorities within their midst. 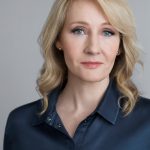 In the past few days, the author J.K. Rowling – along with dozens of other people in Britain, France and Germany – have been saying enough is enough in the face of relentless anti-Semitism. Their words, coming amid record-breaking levels of anti-Semitism, are a welcome beacon of moral clarity.

Ms. Rowling issued a series of Tweets on April 18, 2018 (Holocaust Remembrance Day), attacking anti-Semitism and assuring some of her Jewish twitter followers that they weren’t alone. Her comments came a day after a searing debate on anti-Semitism in Britain’s House of Commons, in which Jewish MPs publicly described years of abuse and insults both members of the public and even from fellow political activists.

Posting a screen grab of a person intoning that “Judaism is a religion, not a race” as a way to excuse their anti-Jewish attitudes, Ms. Rowling noted that “Anti-Semites think this is a clever argument” before retorting “so tell us, do: were atheist Jews exempted from wearing the yellow star?”

When that tweet garnered its own anti-Jewish responses, Ms. Rowling called them out, rebutting anti-Semitic comments and explaining why they are offensive. To a twitter follower who complained that rebutting anti-Semitism is “culturally insensitive” to Muslims, Ms. Rowling lamented people who “only understand bigotry in terms of ‘pick a team’” instead of having empathy and engaging in reasoned debate.

When one of her twitter followers complained that Arabs can’t ever be called anti-Semites because Arabs are a Semitic people too, Ms. Rowling reacted with a verbal eye-roll, attaching a GIF of the actor Hugh Laurie looking comically exasperated. “The ‘Arabs are semitic too’ hot takes have arrived” Ms. Rowling tweeted, pointing out her interlocutors’ bigotry.

To the twitter followers who continued to attack her for daring to oppose anti-Semitism, Ms. Rowling helpfully sent out a definition of anti-Semitism: a “Hostility or prejudice against Jews.” Ms. Rowling then added a few messages of her own: “Split hairs. Debate etymology… Gloss over the abuse of your fellow citizens by attacking another country’s government. Would your response to any other form of racism or bigotry be to squirm, deflect or justify?” she asked.

When a fan messaged Ms. Rowling saying her son had been bullied for being Jewish, Ms. Rowling replied “I’m so sorry to hear this. Know that you aren’t alone and that a lot of us stand with you. Xx” She had a message for the wider public: “Most UK Jews in my timeline are currently having to field this kind of (anti-Jewish comment),” Ms. Rowling forcefully explained, “so perhaps some of us non-Jews should start shouldering the burden.”

This wasn’t the first time that Ms. Rowling has stood up against anti-Semitism. In 2015, when over a thousand British cultural figures penned open letters in a national newspaper excoriating Israel and pledging never to “play music, accept awards, attend exhibitions, festivals or conferences, run masterclasses or workshops” anywhere in the Jewish state, Ms. Rowling refused to sign on to these hateful letters demonizing the Jewish state. Instead, she joined 150 other British writers and artists pledging to resist pervasive calls to boycott Israel.

“Israelis will be right to ask why cultural boycotts are not also being proposed against…North Korea and Zimbabwe, whose leaders are not generally considered paragons by the international community,” Ms. Rowling and her fellow signatories wrote in their October 23, 2015 letter: “Cultural engagement builds bridges, nurtures freedom and positive movement for change.”

A few days after Ms. Rowling’s recent twitter exchanges attacking anti-Semitism, hundreds of French cultural and political figures wrote their own manifesto denouncing the wave of extreme violence that has seen Jews murdered and attacked in France over the past several years. The letter appeared in French newspapers on Sunday, April 22, 2018.

Over 300 French celebrities and politicians, including former President Nicolas Sarkozy and the actor Gerard Depardieu, noted “In our recent history, 11 Jews have been assassinated – and some tortured – by radical Islamists because they were Jewish.”

The signatories decried this horror and declared that a “new anti-Semitism” characterized by “Islamist radicalization” is sweeping France, endangering the country’s half a million Jews. “We demand that the fight against this democratic failure that is anti-Semitism becomes a national cause before it’s too late. Before France is no longer France.” Their letter appealed for the French public to stand side by side with their nation’s Jews.

A similar move to show solidarity and support for a Jewish minority was also announced this week in Germany. On April 17, 2018, a 21 year old Israeli Arab named Adam Arush was visiting Berlin and decided to conduct an experiment after a conversation with a Jewish friend. “My friend told me that wearing Jewish symbols in public is not safe in Berlin,” Arush later explained. Arush couldn’t believe it was really so dangerous, so he put on a kippah and headed out for a walk in Berlin to see what would happen.

Soon, a 19 year old Syrian asylum seeker set upon Arush, hitting him with a belt and screaming “Jew” in Arabic. Arush had to be rushed to the hospital, but not before filming his attack, which quickly went viral.

Now, Berlin’s Jewish community is organizing a “Kippah Walk” set for Wednesday, April 25, 2018. The community plans to hand out thousands of kippahs and is being aided by a broad group of religious, political and academic organizations who are urging Berliners to don a kippah in solidarity with the Jewish community.

Similar walks are being planned in other German towns too. A kippah walk in the eastern German city of Erfurt will end at a local synagogue. “If you can’t make it to Erfurt, then wear a kippah wherever you happen to be at that time,” the organizers are explaining to the many Germans who plan to walk in solidarity with their nation’s Jews.

In Frankfurt, Deputy Mayor Uwe Becker is calling on his city’s residents to don kippahs on April 25, as well – and even posted a picture of himself online wearing the Jewish head covering to help motivate his city.

It’s not always simple to stand up for our principles. J. K. Rowling put it well in her bestselling Harry Potter series: the kindly headmaster Albus Dumbledore tells his students, “We must all face the choice between what is right and what is easy.” Ms. Rowling’s stirring opposition to anti-Semitism is an inspirational example of standing up principles, no matter how unfashionable they might seem.

And this week, luminaries including J. K. Rowling, French celebrities and German officials are making it clear they stand with the embattled Jewish minorities within their midst. Let’s all heed their example and start standing up in opposition to anti-Semitism and Jew-hatred wherever it exists.