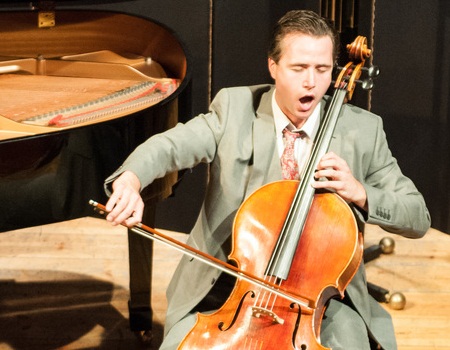 During his studies in London, he was awarded several prizes including The Georg Solti Foundation, Emmy Destinn Foundation, Giuseppe Di Stefano Competition Sicily, The DAAD, Countess of Munster Trust, The English Speaking Union and the Royal Overseas League „Young Singer of Promise”2005.

Subsequently he was engaged at the International Opera Studio of the Zurich Opera House (2009-2011). There he had the opportunity to sing several roles on the main stage under the batons of Sir Mark Elder, Nello Santi, Phillipe Jordan, Ingo Metzmacher, Massimo Zanetti, and work with directors such as Konwischny, Michieletto and Poutney.
Recent roles include ESCAMILLO (National Reis Opera, Holland 2013). In 2015, Simon will make his UK debut singing with English Touring Opera (PELLEAS/ALBERT).

Wallfisch has broadcast on BBC 2 Television and Radio 3, Arte, ZDF, Bayerische Rundfunk/Fernsehen, Mittel Deutsche and Nord Deutsche Rundfunk, Schweizer Rundfunk SRF2. His CD Songs of Geoffrey Bush (Edward Rushton, piano) is available on Lyrita Records. Their second CD of songs of Caplet, Ravel, Honegger and Milhaud will be released in Ocober 2015 on Nimbus.

Between 2008-2011, Wallfisch was engaged as guest soloist in the Oper Leipzig, for the Bayerische Rundfunk and in Anhaltisches Theater Dessau and Ludwigsburger Schloss Festspiele. He also sang as a guest soloist at the Landes Theater Gera-Altenburg, Stadttheater Fürth and Theater Magdeburg.

Simon is also very active as a musical comedian, thrilling audiences as The Singing Cellist, with a combination of musical satire and original arrangements for voice and cello. This act has seen him take on London’s famous Leicester Square Theatre, late night in the Bechstein Room of the Wigmore Hall and in 2015, Wallfisch will collaborate with celebrated musical comedy duo Igudesman and Joo in a new original show. Watch this space!