Vote for Video of the Day! Don’t Stop Sharing This Until Everyone Knows The Truth About the West Bank

Listen to Danny Ayalon, Israel’s previous Deputy Minister of Foreign Affairs, as he explains a few facts. Palestinian propaganda has become so dominating that no one remembers who coined the term “Palestinian People”. Palestine was the name given to the land of Israel by the Romans after they conquered it in 135 C.E. and tried to erase all connections of the geographic location from the Nation of Israel. Interestingly enough, history has repeated itself in the 20th century and the Palestinian nation was invented to erase all connections of the Jewish Nation of Israeli to its homeland, the Land of Israel. 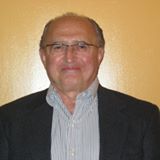