A Spy Novel and the Adventures of a Double Agent

Lena Rotmensz was raised in Poland until the age of 13. She then lived in Israel. At 21, she moved to the United States, where she became an American citizen. She is a mother of two and a grandmother of three. She worked for 30 years as a real estate broker. When she retired, she became a writer. Her first book, Parallel Lives, became a #1 Best Seller in its category on Amazon. She wishes good reading to everyone

The second book from best-selling author Lena Rotmensz, The Perfect Actor is a spy story unlike any other.

The novel follows the life of Sasha, a young Russian man who is unknowingly thrust into the world of espionage. After Sasha endures the hardships of war, his journey takes him through training at a spy school. He ultimately becomes a Russian spy, living in Poland. 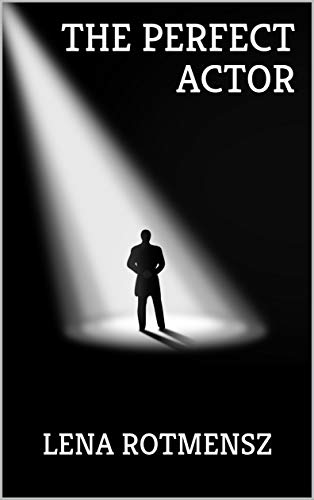 Over the course of his life, layers of Sasha’s character are revealed. Sasha struggles with his new given identity — a Polish Jew, as well as the assignments he is expected to fulfill as a spy, his passion for theater and becoming a renowned actor, and his desire to free Poland from the Communist regime.

Much more than a Russian spy novel, this book is both a study of the historical happenings in Eastern Europe and its people, and of a man trying to navigate his own private life and love affairs, amidst a career of secrets and danger.

With Sasha’s insatiable desire to be a “good man,” will he perform the duties expected of him, despite his morals? Will he betray those he loves? And will he ever return to Russia?

Throughout The Perfect Actor, the reader will encounter a myriad of human emotions, including: love, fear, regret, despair, prejudice, curiosity, and empowerment.

Note the full price gives you a net profit of $5.00 for both the eBook and paperback – same margin pricing I set for Parallel Lives.

Might want to pick  Sunday, April 19, 2020 to have all of your friends buy it throughout the day to try to make it a #1 best seller.