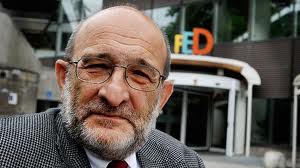 Sarnecki was born in 1947 in Warsaw, Poland. He is Jewish.During the 1968 Polish political crisis, his father was fired without motivation but it was because he was Jewish.The family emigrated to Sweden the same year, when Sarnecki was 21 years old, because of antisemitism.