Today 70 years ago, the concentration camp Buchenwald was liberated on April 12. From an operetta perspective this particular camp is famous because many writers of Viennese operettas were taken there after the “Anschluss” in 1938 in the so called “Prominententransport No. 1.” 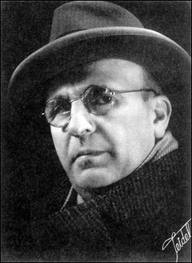 Two of these writers taken to Buchenwald were Hermann Leopoldi and Fritz Löhner-Beda. The latter waited for his colleague Franz Lehár – with whom he had written Das Land des Lächelns among other hits – to intervene with Hitler, whose favorite composer he officially was, to get him out of the camp. It did not happen. What did happen, instead, was that Löhner-Beda wrote the lyrics for a camp song, set to music by Leopoldi: the so called “Buchenwaldlied.”

It was a notorious competition set up by Lagerführer Rödl at the end of 1938. The winner was promised 10 Mark, and hope that he might be treated better. The moving song by Löhner/Leopoldi was sung many times in the camp by the prisoners; it actually became famous. Still, when after WW2 Leopoldi resumed his career it was largely ignored in entertainment circles. For post-war Austrians it was an unpleasant reminder of Leopoldi’s fate and the question of their own guilt. 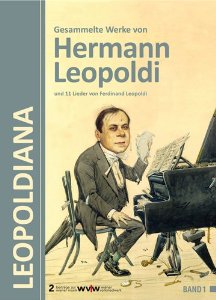 Löhner-Beda did not survive the camp; and his stirring last song was never integrated into the discussion of his operetta and schlager oeuvre. That changed, somewhat, when two Löhner-Beda biographies came out: Günther Schwarberg’s Dein ist mein ganzes Herz. Die Geschichte von Fritz Löhner-Beda, der die schönsten Lieder der Welt schrieb, und warum Hitler ihn ermorden ließ (2000) and Barbara Denscher’s Kein Land des Lächelns (2002). Probably as a consequence the recent 2011 edition of the complete works of Leopoldi included the „Buchenwaldlied“ for the first time in such a general edition: Leopoldiana.

Even though the song – and the printed version of the song – is so well-known and easily accessible today, there are few operetta singers who have included it in their programs. It’s difficult to find recordings of it, new ones or historical ones.

Considering that, of late, there has been a new interest in operetta during Nazi times, in the fate of writers and musicians, singers and others active in that genre, it would be high time for the song to be included in the central operetta repertoire. Not least, because it is an emotionally overwhelming composition that deserves to be seen in the context of the remaining Löhner-Beda oeuvre. Not least, because it demonstrates the genius of Fritz L.B. and the enormous scope of what operetta is about.