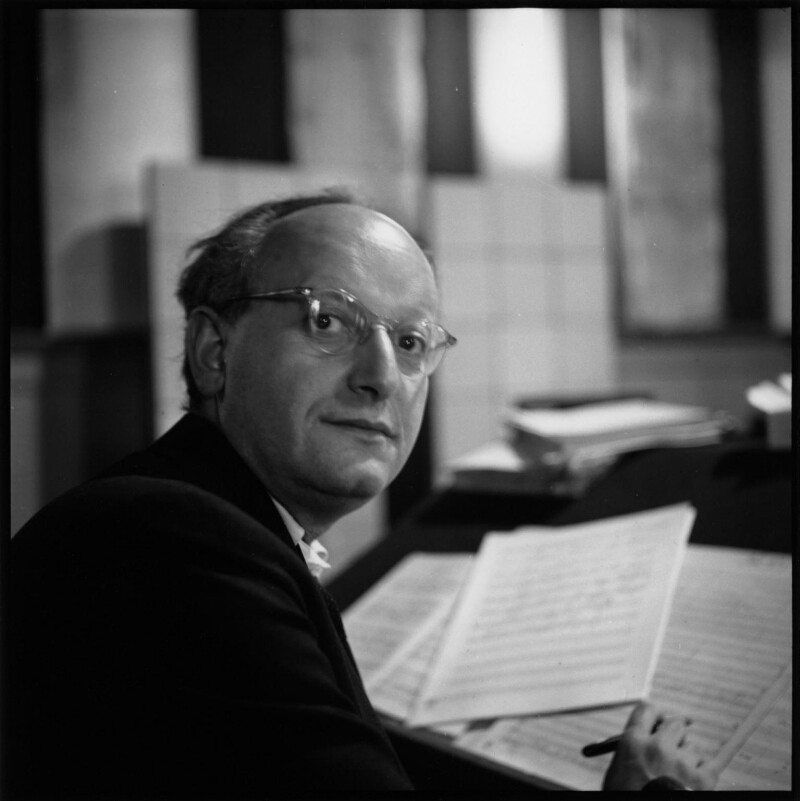 In 1957 Benjamin Frankel moved to Switzerland. In England, his homeland, he was mainly known as a film composer. No wonder, because to his name is music for more than 100 films, including classics such as The Seventh Veil, The Night of the Iguana and Curse of the Werewolf.

The night of the Iguana:

In Switzerland he finally found the peace to engage in serious(er) music. In 15 years (Frankel died in 1973) he composed eight symphonies and one opera.

Benjamin Frankel was born in London in 1906 into a Polish-Jewish family. At the age of fourteen he was apprenticed to a watchmaker. Luckily for him, his talent was soon discovered. For a while he played with the idea of becoming a Jewish composer alla Bloch. He considered himself an ‘English Jew’ or a ‘Jewish Englishman’, which did not prevent him from marrying a non-Jewish woman. An act that caused a break with his family.

His musical language is not easy to describe. In the fifties he studied serialism and regularly applied it in his own compositions, yet his works do not sound atonal anywhere. Perhaps the best example of this is the viola concerto, which is very melodic, romantic and yet uses the twelve-tone technique.

Frankel composed his violin concerto – at his request – for his friend Max Rostal. The premiere took place in 1951 at the Festival of Britain. The concert is entitled In Memory of Six Million and embodies Frankel’s personal commitment to the fate of the European Jews.

The beginning reminds me of Korngold’s violin concerto and in the fourth movement I encounter Mahlerian ‘tunes’: there is also a quote from ‘Verlorne Müh’ from his Wunderhorn songs.