It was 2009, I was a film student at Tel Aviv University in Israel, and frankly – I was bored with movies. 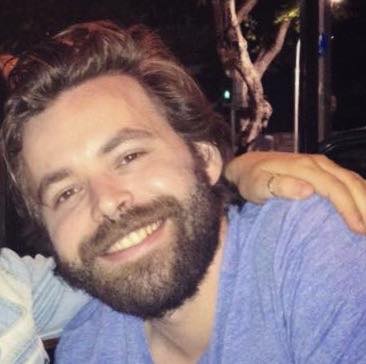 Maybe I was a stereotypical Millennial suffering a mid-thirties crisis, or maybe I just secretly enjoyed the inescapable irony, but for whatever reason the two-dimensional interplay of light and shadow could simply not leap off the screen and reach my heart. The silver screen had simply lost its sheen. But then something amazing happened, something that clearly changed the course of my life.

On Thursday evenings, after a long day, a long week, students were expected to show up for screenings of world cinema classics – films that everyone agreed were of outmost historical importance, but no one enjoyed watching. Attendance was low. So with obvious resignation, I dragged my feet to yet another screening, hoping I may catch up on some sleep. Only this particular evening, the powers that be decided to screen Andrzej Wajda’s “Ashes and Diamonds”, and not only did I forget about my sleep deprivation, but I rediscovered my love for cinema. In Cybulski’s character I forgot that I was staring at a screen because the light and shadow intertwined to create a real living breathing person, a person who spoke to me with they intimacy of a close friend but with the mystery of a stranger. And I’d be damned if this stranger wasn’t cooler than James Dean.

Fast-forward six years and I’m now living in Poland and studying at Mr. Andrzej Wajda’s school in Warsaw. I’ll present you with the most memorable scenes of Polish cinema and I’m eager to hear your suggestions. Granted, I’m no authority on Polish cinema, but I want to discover more of this spectacular genre – new and old – and I invite you to share in this experience.  It seems only appropriate to start with the movie that got this ball rolling.