In response to European criticism of the August 23, 1939 Treaty of Non-aggression between Germany and the Union of Soviet Socialist Republics, a.k.a. the Molotov–Ribbentrop Pact, named after the Soviet and Nazi foreign ministers who signed it, current Russian president Vladimir Putin excoriated Poland’s pre-war ambassador to Nazi Germany, Józef Lipski, as “scum and an anti-Semitic pig” for extolling Hitler and suggesting the latter deserved a monument for his idea of expelling Europe’s Jews to Africa. 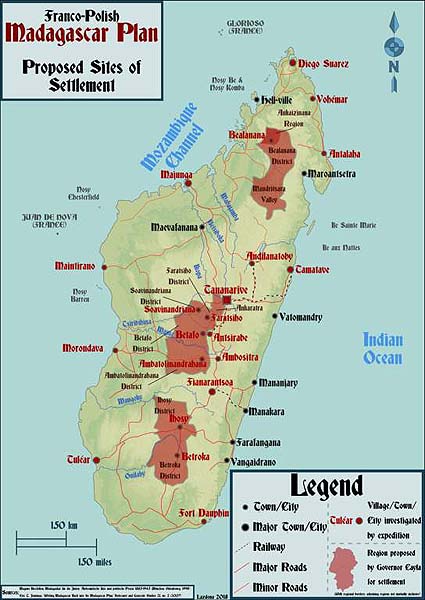 A 1937 Franco-Polish map of proposed sites for the resettlement of European Jews in Madagascar. / Lazdona via Wikimedia