THE HOLOCAUST IN POLAND 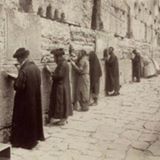 Grandchildren of Holocaust Survivors
THE HOLOCAUST IN POLAND

One of Hitler’s first major foreign policy initiatives after coming to power was to sign a nonaggression pact with Poland in January 1934. This move was not popular with many Germans who supported Hitler but resented the fact that Poland had received the former German provinces of West Prussia, Poznan, and Upper Silesia under the Treaty of Versailles after World War I. Hitler sought the nonaggression pact in order to neutralize the possibility of a French-Polish military alliance against Germany before Germany had a chance to rearm.

Britain and France essentially acquiesced to Germany’s rearmament (1935-1937), remilitarization of the Rhineland (1936), and annexation of Austria (March 1938). In September 1938, after signing away the Czech border regions (the Sudetenland) to Germany at the Munich conference, British and French leaders pressured France’s ally, Czechoslovakia, to yield to Germany’s demand for the incorporation of those regions. Despite Anglo-French guarantees of the integrity of Czechoslovakia, the Germans dismembered the Czechoslovak state in March 1939 in violation of the Munich agreement. Britain and France responded by guaranteeing the integrity of the Polish state. Hitler responded by negotiating a nonaggression pact with the Soviet Union in the summer of 1939.

The German-Soviet Pact of August 1939, which stated that Poland was to be partitioned between the two powers, enabled Germany to attack Poland without the fear of Soviet intervention.

On September 1, 1939 Germany invaded Poland. The Polish army was defeated within weeks of the invasion. From East Prussia and Germany in the north and Silesia and Slovakia in the south, German units, with more than 2,000 tanks and over 1,000 planes, broke through Polish defenses along the border and advanced on Warsaw in a massive encirclement attack. After heavy shelling and bombing, Warsaw surrendered to the Germans on September 27, 1939.

Britain and France, standing by their guarantee of Poland’s border, had declared war on Germany on September 3, 1939. The Soviet Union invaded eastern Poland on September 17, 1939. The demarcation line for the partition of German- and Soviet-occupied Poland was along the Bug River in modern east Poland.

In October 1939, Germany directly annexed those former Polish territories along German’s eastern border: West Prussia, Poznan, Upper Silesia, and the former Free City of Danzig. The remainder of German-occupied Poland (including the cities of Warsaw, Krakow, Radom, and Lublin) was organized as the so-called Generalgouvernement (General Government) under a civilian governor general, the Nazi party’s Hans Frank.

Anti-Jewish measures were enacted immediately after the German occupation in 1939: Jews were ordered to wear an armband with a Jewish star; their property was seized; and their movement was restricted.

The Nazis aimed to control this sizable Jewish population by forcing Jews to reside in marked-off sections of towns and cities the Nazis called „ghettos” or „Jewish residential quarters.” Altogether, the Germans created at least 1,000 ghettos in occupied territories.

Many ghettos were set up in cities and towns where Jews were already concentrated. Jews as well as some Roma (Gypsies) were also brought to ghettos from surrounding regions and from western Europe. Between October and December 1941, thousands of German and Austrian Jews were transported to ghettos in eastern Europe. The Germans usually marked off the oldest, most run-down sections of cities for the ghettos. They sometimes had to evict non-Jewish residents from the buildings to make room for Jewish families. Many of the ghettos were enclosed by barbed-wire fences or walls, with entrances guarded by local and German police and S.S. members. During curfew hours at night the residents were forced to stay inside their apartments. Often times children, the weak, and the elderly were shot in the ghettos or died of starvation or disease.

Nazi Germany occupied the remainder of Poland when it invaded the Soviet Union in June 1941. Poland remained under German occupation until January 1945.

The German occupation of Poland was unbelievably brutal. According to Jan Karski, a righteous non-Jew who resisted the Nazis in Poland, „Never in the history of mankind — never anywhere in the realm of human relations — did anything occur to compare to what was inflicted on the Jewish population of Poland. The images of what I saw in the death camp are, I’m afraid, my permanent possessions. I would like nothing better than to purge my mind of these memories.”

Following the military defeat of Poland by Germany in September 1939, the Germans launched a campaign of terror. German police units shot thousands of Polish civilians and required all Polish males to perform forced labor. The Nazis sought to destroy Polish culture by eliminating the Polish political, religious, and intellectual leadership. This was done in part because of German contempt for Polish culture and in part to prevent resistance against the occupation.

In May 1940, the German occupation authorities launched AB-Aktion, a plan to eliminate the Polish intelligentsia and leadership class. The aim was to kill Polish leaders with great speed, thus instilling fear in the general population and discouraging resistance. The Germans shot thousands of teachers, priests, and other intellectuals in mass killings in and around Warsaw, especially in the city’s Pawiak prison. The Nazis sent thousands more to Auschwitz and to the Stutthof concentration camp in northern Poland, and to other concentration camps in Germany where non-Jewish Poles constituted many of the inmates until 1942.

The Nazis conducted indiscriminate retaliatory measures against populations in areas where resistance was encountered. These policies included mass expulsions. In November 1942, the Germans expelled over 100,000 people from the Zamosc region (southeast Poland); many were deported to the Auschwitz and Majdanek camps. Approximately 50,000 Polish children were taken from their families, transferred to the Reich, and subjected to „Germanization” policies.

Following the annexation of western Poland to Germany, Hitler ordered the „Germanization” of Polish territory. Nazi governors (such as Arthur Greiser in the Warthegau and Albert Forster in Danzig-West Prussia) expelled hundreds of thousands of Poles from their homes in the Generalgouvernement. More than 500,000 ethnic Germans were then settled in these areas.

A Polish government-in-exile, led by Wladyslaw Sikorski, was established in London. It was represented on Polish soil by the underground „Delegatura,” whose primary function was to coordinate the activities of the Polish Home Army (Armia Krajowa). The Polish resistance staged a violent mass uprising against the Germans in Warsaw in August 1944. The rebellion lasted two months but was eventually crushed by the Germans. More than 200,000 Poles were killed in the uprising.

Between 1939 and 1945, at least 1.5 million Polish citizens were deported to German territory for forced labor. Hundreds of thousands were also imprisoned in Nazi concentration camps.

The Germans decide to eliminate the Warsaw ghetto and announce new deportations in April 1943. The renewal of deportations is the signal for an armed uprising within the ghetto. Most people in the ghetto refuse to report for deportation. Many hide from the Germans in previously prepared bunkers and shelters. Jewish fighters battle the Germans in the streets and from the hidden bunkers. The Germans set fire to the ghetto to force the population into the open, reducing the ghetto area to rubble. On May 16, 1943, the battle is over. Thousands have been killed and most of the ghetto population is deported to forced-labor camps. The Warsaw ghetto uprising was the largest and most important Jewish uprising, and the first urban uprising in German-occupied Europe.

There were also organized Jewish efforts to resist the Nazis in Belorussia (Bielski brothers), the Parczew forest in southeast Poland, at Treblinka and Sobibor death camps, and elsewhere throughout Poland.

It is estimated that the Germans killed at least 1.9 million non-Jewish Polish civilians during World War II. In addition, the Germans murdered at least 3 million Polish Jews. More than 90 percent of Polish Jewry was murdered in the Holocaust. It is estimated that about 30,000 to 35,000 Jews, around 1% of all of Polish Jewry, were saved with the help of Poles and the Righteous Among the Nations.