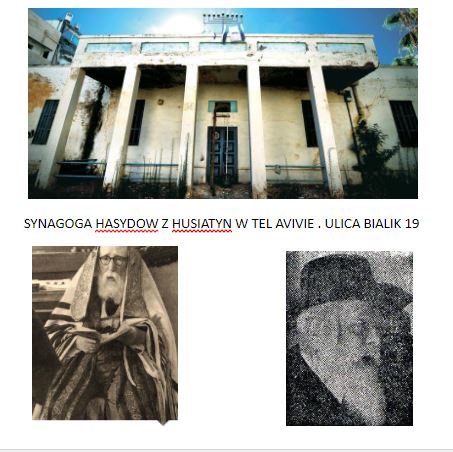 The Admorim of Rizhin were known for their love of the Land of Israel, and Reb ( feelings were especially deep. When one of the rebbes of Rizhin died, plans were made to establish a Rizhin section in the Jewish cemetery in Vienna. The rebbe of Husiatyn stated that there would be no need to take him into account as he proposed to emigrate to Eretz Israel. And so it was, during the 1930s, Reb Yisroel made plans to make aliyah. He traveled around Europe to bid farewell to his followers and warn them of the impending danger. He urged them to make aliyah and leave Europe.

As a result of the increased anti-Semitism he had witnessed, himself being a victim of stone throwers in a Viennese street, he had visions of what was to befall the Jewish people in the years to come. In Cracow he was reported to have instructed: „Whoever has some sense should flee while he can – even in his slippers!” To the Jews who came to the train station in Lvov to greet him he said: „Whoever can sell his property should do so, and those who are unable to sell should leave everything and flee from here, even if only with a sack on his back!”