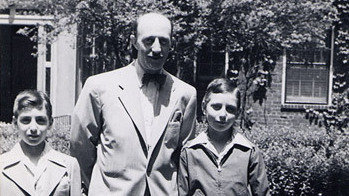 In the summer of 1948, an amateur folklorist named Ben Stonehill recorded more than 1,000 songs from Holocaust survivors in the lobby of New York City’s Hotel Marseilles. This week, 66 of those songs become available online through the Center for Traditional Music and Dance, complete with translations; another 300 songs will go up over the next few months — all free for anyone to hear.

Some sing in Russian; some sing in Polish, Czech, Lithuanian, Hebrew. But the majority sing in Yiddish, a language whose speaking population was dramatically reduced during WWII. That loss is a big part of what brought Stonehill to that lobby. He was looking to capture the sound of something he’d feared might disappear.

Listen to the story