Time: early sixties. The war not yet forgotten, perhaps, but  definitely over. It is possible to be happy again, and enjoy life.

Amongst the passengers on the ocean liner is a German diplomat, on his way to Brazil with his wife Lisa to occupy an important diplomatic position.  Suddenly,  a strange woman appears and  confronts Lisa with her past. Completely shattered, Lisa feels forced to confess her past to her husband. She was an active SS member, and worked as an Aufseherin in Auschwitz. The strange woman reminds her of Martha, a Polish prisoner whose death she thinks she is responsible for. 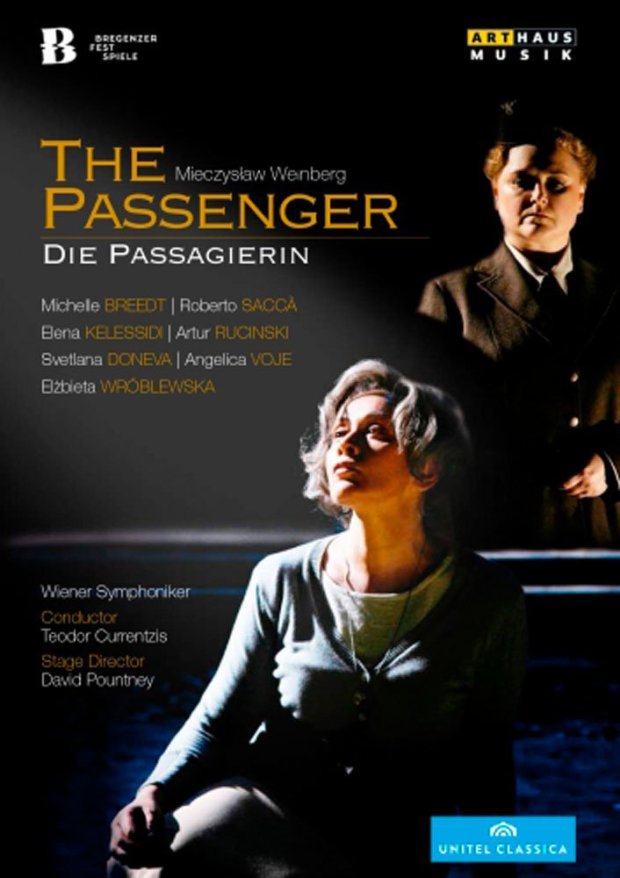 Whether the strange woman really is Martha, or guilt makes Lisa imagine it remains uncertain. In her mind Lisa returns to the Hölle and relives the events of the past.

“Die Passagerin” (Пассажирка) was the first opera by Mieczysław Weinberg, a Polish Jew who fled to the Soviet Union in 1939.

The Russian libretto (author: Alexander Medvedev) is based on an autobiographical novella by the Polish author Zofia Posmysz. Posmysz wrote her – partly fictional – meeting with her former Aufseherin in the “I” form, but from the perspective of the guard.

Weinberg composed the opera in 1968, when antisemitism in Poland and Russia again was at its height. This might have been the main reason the opera received its premiere performance only in 2006, in concert form.

The stage premiere took place in Bregenz in 2010 in an outstanding production by David Pountney. Together with set designer Johan Engels he had created a gigantic ship, with the action taking place on two levels. Present events took place on the top deck, where white and blue (heaven?) were the predominant colours.  The dark past was consigned to the lowest levels of the ship, like the subconscious.