my interview with Jennifer Larmore is now available in English translation!

I do hope you will enjoy it: there is a lot to watch and to listen to too! 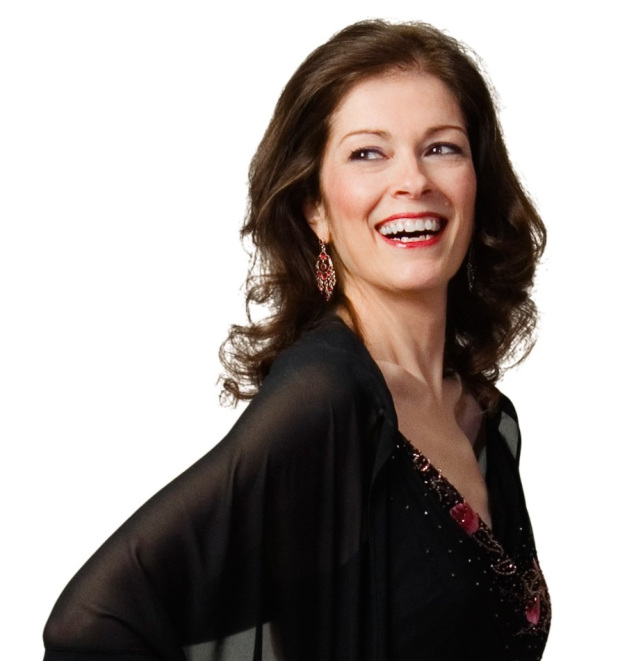 Summer in Amsterdam seemed to have taken a vacation, but the afternoon we met in the canteen of the National Opera it was terribly stuffy. That did not seem to bother Jennifer Larmore in the least: the warmer the better!

She had come to our capital to sing Gräfin Geschwitz in Alban Berg’s Lulu, a role she has sung previously in London and Madrid, in a production by Christof Loy that I greatly admired.

The opera is brutal, and her role is heavy, but she had little time to recover. In between performances she was studying the part of Mère Marie in Poulenc’s Dialogues des Carmélites. The extremely complex part of the rather unsympathetic and radical nun was new to her, and she was totally immersing herself in it, even though there was only one performance scheduled.

“That is a bit of a shame, because I think the music is gorgeous, and the opera truly moves me”, she says. “I have absolutely no problems with learning a role for only one performance. I have done that before, when I was recording for the Opera Rara label.  I studied many unknown operas knowing I would never sing them again afterwards. But I was young and curious, and highly ambitious.”

The rehearsals were long, and the recording sessions always ended with a one-off concert performance. What pleasure they gave me! Besides, without those recordings, I probably would have never gotten the chance to get to know operas such as Rossini’s Elisabetta, regina d’Inghilterra or Pacini’s Carlo di Borgogna, let alone sing them! And the music is gorgeous!”