‘THEY COULD HAVE BEEN BIRDS’

Burkhardt Söll:  Kinderdinge. A requiem for an old doctor and his orphans

Korczak with the children

Korczak’s real name was Henryk Goldszmit. He first used his pen name Janusz Korczak in 1898 when he participated in a literary contest organised by Ignacy Paderewski, the famous pianist and future Prime Minister of Poland.

Korczak was born in Warsaw into an assimilated Jewish family.  After studying medicine he briefly practiced pediatrics until 1912 when he became director of Dom Sierot, an orphanage for Jewish children.  He carried out his utopian vision of a children’s republic there:  a community of children, with its own parliament, court and newspaper, all run by the children themselves. After World War I Korczak founded a second orphanage: Nasz Dom (Our House).

As well as being a doctor and director of an orphanage,  Korczak was also a pedagogue, teacher, writer and Bible scholar. He worked for the Polish radio and gave lectures. His fame was immense, and not confined to Poland. He was published abroad too, to great critical acclaim, and his pedagogical methods were used all over Europe. 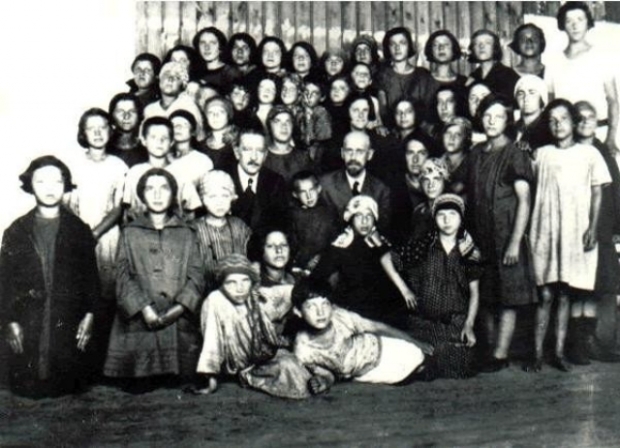 In November 1940 the orphanage was forced to relocate to the Warsaw Ghetto. At the beginning of August 1942 the children, together with Korczak and his deputy Stefania Wilczynska, were put on a transport to Treblinka. Even the Nazis respected the famous pedagogue and offered Korczak the opportunity to save his own life. He refused and chose to die with his children instead of compromising his principles. They were all murdered in the gas chambers of Treblinka shortly after arriving there on August 7, 1942. 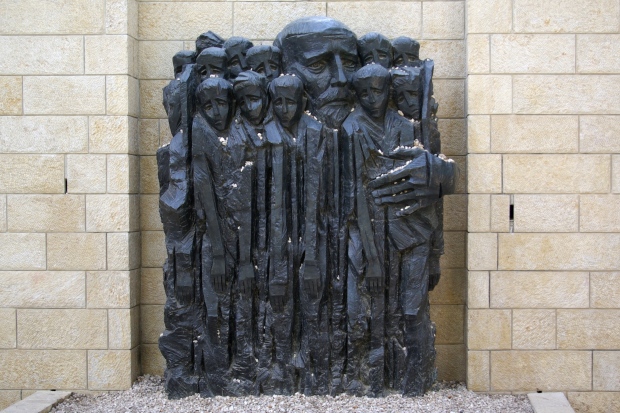 Monument “Janusz Korczak and the children” in Yad Vashem

In 1972 Korczak was posthumously awarded the prestigious Peace Prize of the German Book Trade. Books have been written about him, and his life story has been the subject of several biographical movies. In the 1990s the German-Dutch composer Burkhardt Söll composed a piece in memory of Korczak and his children: Kinderdinge. Manuela du Bois-Reymond, a sociologist and pedagogue who is also married to the composer, wrote the lyrics to the songs.