IT ALL STARTED WITH PAGANINI: DYNAMIC CELEBRATES ITS FORTIETH BIRTHDAY

The genesis of Dynamic can be read as a real fairy tale. The label was founded  forty years ago by Pietro Mosetti Casaretto (1925-2012), a violin-playing surgeon with an enormous passion for classical music. Initially, only chamber music works were recorded, all performed by the many friends (including Salvatore Accardo and Bruno Cannino) of the founder. 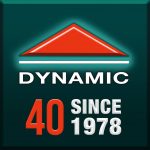 Mosetti Casaretto, a sincere admirer of violin music in general and of Paganini in particular, set himself the goal of recording Paganini’s complete oeuvre, which he more or less succeeded in doing. The catalogue mentions 35 Paganini titles, many of them performed on the famous violin of the composer/virtuoso.

In 1996, however, there was a turnaround: Dynamic signed a cooperation contract with the opera festival in Martina Franca. With live recordings of weird and unknown operas and of lesser known versions of Macbeth and Lucia di Lammermoor, for example, Dynamic quickly became popular among opera lovers.

Nowadays they also work with other (small) Italian opera houses, such as Teatro La Fenice (Venice), Teatro Lirico di Cagliari and Teatro Regio di Parma. The company initially focused mainly on DVDs, nowadays all titles are offered on both DVD and CD.
With a few different titles, chosen by myself mainly for their high rarity, I settled down on the couch: the party could begin. What struck me immediately was that most of the operas were directed by Pier Luigi Pizzi. Coincidence?