THE VOICE OF THE VIOLA IN TIMES OF OPRESSION

VIOLA AS A VOICE FOR THE PERSECUTED 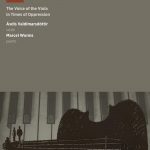 The viola sonata by Dick Kattenburg (1919-1944) consists of only one movement, allegro moderato. The reason is simple: before Kattenburg could complete the work, he was arrested during a raid in a cinema and sent to Westerbork on 5 May 1944. Two weeks later, on 19 May 1944, he was deported to Auschwitz, where he was murdered. Kattenburg was only 24 years old.

Max Vredenburg (1904 -1976) is now mainly known as co-founder of the National Youth Orchestra. In the 1920s he left for Paris where he studied with Paul Dukas and Albert Roussel, composers who influenced him greatly. In 1941 he fled to Batavia and in 1942 he ended up in a Japanese camp. He survived the war but a large part of his family was murdered in Sobibor and Auschwitz. He composed the Lamento in 1953 in memory of his sister Elsa.