Israel and the Art of the Showdown 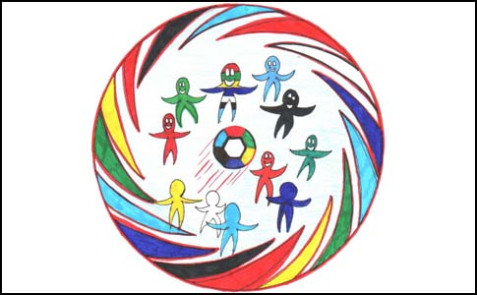 Israeli leaders are very wary of any kind of a showdown, and they desperately seek compromise. Yet because of the kind of enemy they face, this is a losing strategy that leads to a never ending retreat. Every attempt at compromise is perceived by the Arabs as a sign of weakness which encourages them to make ever greater demands. The Europeans observe the Jewish retreat and lose respect for them. Add to this a measure of traditional European anti-Semitism, and the Jews find themselves facing Europeans that are ever more hostile towards Israel. In order to justify siding with the aggressive Arabs, Europeans invent and promote lies about Jews to clear their own conscience and cozy up to the Arabs whom they fear and respect. The end result is that Israel becomes victimized by both Europeans and the Arabs. Each tries to outdo the other in showing how far they can bully the Jewish victim. It is now abundantly clear that for Israel to continue on the current path of appeasement and compromise is a guaranteed losing proposition.

I would suggest that the only viable solution for Israel is to force a showdown with its emboldened enemies. Only a determined and aggressive showdown by Israel will restore its standing and enable it to regain respect. A showdown is the only way to break out of the vicious circle of prejudice and discrimination.

The goal of such a confrontation is all about respect, not about likeability. Since Europeans are in the forefront of the Israel bashing, Israel should force a showdown with a European nation. Israel should take advantage of the fact that Europe is a divided continent. Instead of facing down the European Union in its entirety, it would be tactically more advantageous to focus on just one country. Any protestations by the EU central authorities should be ignored. The escalation of the showdown should happen quickly to prevent the slow and bureaucratic EU from imposing EU wide BDS like boycotts. However fear of such boycotts mustn’t be overblown.

There are many countries that show deep hostility toward the Jewish state. Sweden started the latest round of attacks with recognition of Arab Palestine state in the area of Judea Samaria and E. Jerusalem. In effect Sweden usurped the right to commandeer a part of Jewish land and gave it to another people. Some other countries could even consider this an act of war. Israel responded by recalling its ambassador from Sweden thus responding in a showdown fashion. However a month later, despite the fact that Sweden didn’t recant its hostile act, Israel announced that it considers sending the ambassador back. In effect another capitulation by Israel.

Israel could demand that Sweden recants its recognition of Palestine State on Jewish land. Sweden refuses and Israel brings the confrontation up a notch. Israel gives Sweden 72 hours to move its embassy to Jerusalem. Another refusal by Sweden and Israel expels the Swedish ambassador and puts limits on all Swedish corporations doing business in Israel. Another refusal and condemnation from Sweden, but now Israel is driving the process. Israel keeps on like if it were enjoying the process. Further Israeli actions could involve demand that Sweden bans the BDS organization in Sweden. Next, arrest of Swedish ISM (International Solidarity Movement) and BDS activists in Israel and file charges that carry long prison terms.

Further steps escalate the showdown and show Israel’s determination. Declare Sweden and enemy state and demand that all Swedish citizens present in Israel must register weekly with the police. Place limits on Swedish shipping into Israel and later expand it to include controlling of presence of Swedish ships in E. Mediterranean. Israel could demands the right to board and search Swedish commercial shipping in E. Mediterranean. Since Sweden sends ISM/BDS saboteurs to Israel one needs to check if it might be smuggling weapons into Gaza. Sweden would have to defend itself by claiming it is not shipping weapons. And so on.

Any subtle hints by Swedes at desire for compromise should be soundly rebuffed. The idea is to escalate the hardship on Sweden unless they crack and cry uncle. This is the gist of a showdown.

Sweden has to become convinced that there is no end in sight and that this will keep on escalating to the point of violence. Sweden is a politically correct country with no stomach for confrontation. If and when they give up, an example will be set for the whole of Europe. We would be unlikely to see another European country view Israel as an easy target after Sweden was humiliated. (Note that I use Sweden latest provocation and the resulting showdown only as an example)

Such a policy will be risky but it will offer an alternative to the continual deterioration of Israel’s standing in the world, to slow death through futile concessions. The greatest challenge to implementing such a policy is the desperate desire of the Jews to pretend that things will improve, in order to avoid the necessary showdown.

And so, the question remains: Will Israel find the courage to bring about a showdown with its detractors? The longer it waits the harder it gets. At the end of the road, with its back to the wall, Israel will be forced either into a suicidal surrender or it will need to fight. At that time the fight will be on enemy terms and at time of the enemy’s choosing, and Israel will be much weaker from economic boycotts and isolation than it is today. In the end Israel will be forced into a showdown while also having the world’s disrespect. To paraphrase Churchill: “Israel will chose dishonor—and it will have war.”

About the Author: Daniel is a 64 year old, engineer and pro-Israeli activist living in San Jose, California. His family came to America from Warsaw, Poland over forty years ago. Due to his deep concern about the way Israel is treated by EU, UN and many of the world’s countries and GREATER concern with Israel’s feeble response, he has taken to addressing these issues.