My 78-year-old mother grew up in Detroit being told by her father which famous people should be faulted for their ignominious behavior during the Holocaust. High on his list of Nazi collaborators was French actor Maurice Chevalier, star of such movie musicals as Love Me Tonight and The Merry Widow (before the war) and Gigi and Can-Can (after the war). 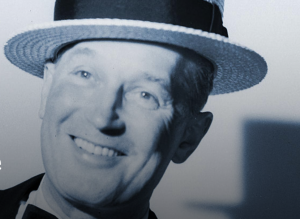 Every time Chevalier appeared on television, my grandfather would make a disparaging remark. He didn’t go into details, but made it clear to his children that Chevalier had been a traitor to the French during WWII, a belief that was fairly widely held at the time among American Jews. As a result, my mother says, she could never really enjoy Chevalier’s talents.

This is why she was so shocked when I recently found evidence that Chevalier, whom my mother had always viewed as a collaborator, turned out to have risked his life and reputation to save Jews—including a cousin that she had never known about.

My mother had long thought that all of our relatives still in Europe at the advent of WWII had perished in the Holocaust. But thanks to a DNA test and the fortuitous discovery last year of a cassette containing a 1987 interview with a great aunt, I learned that I’m related on my mother’s side of the family to impresario Mitty Goldin, who owned the famed ABC Theatre in Paris. The recording revealed that my great-grandfather had an older brother who stayed behind in Romania when his three brothers immigrated to North America in the early 1900s, and that Mitty was his son.

Goldin was born in 1895 in Focsani, Romania, back when about one-quarter of the town’s population was Jewish. In 1916, he deserted from the Romanian army, and two years later he arrived in Paris, apparently penniless. A self-taught musician, Goldin composed songs, played piano, and sang in several bands before starting his own artistic agency. In 1934, he bought and refurbished a Paris venue on the verge of bankruptcy and renamed it the ABC Theatre (so it would appear first in the phone book).

Goldin had an uncanny knack for producing hit shows at his music hall, often featuring several high-profile acts on the same bill. One exception was the time he reluctantly agreed to put a petite unknown singer at the bottom of the bill—a story that’s in every biography of Edith Piaf. Always elegantly dressed and usually with a cigar in hand, Goldin also served as artistic director of other Parisian venues such as the Bobino, Mogador, and Capucines.

Learning that we were related to someone once so renowned—Goldin was regularly reported on in Variety and Billboard as well as the European press—has been astounding for my mom and me. The photos and one video of him I’ve found online remind my mother of her father, who would have been first cousins with Goldin.

It’s been fascinating trying to piece Goldin’s life together, but for a long time there was one key part of his story that was missing: What had happened to him during WWII?

I asked Marilena Lica-Masala, a Romanian-born Frenchwoman whose research is responsible for much of Goldin’s Wikipedia page, but all she knew was that he was forced into exile in 1940. The only clue I could find was a February 1941 Billboard article about the Paris arts scene that noted Goldin and his American business partner were “outside German military lines” during the war.

I eventually hit the jackpot searching the archives of Newspapers.com. A March 8, 1947, article in the New York Daily News reported that Maurice Chevalier “hid and protected Mitty Goldin, Romanian-born owner of the ABC Theatre in Paris, on whose head there was a price by the Germans.”